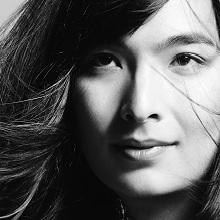 Cofounder and chief scientist of LightSail Energy, Danielle Fong was featured in Forbes’ 30 under 30 list of people who aren’t waiting to reinvent the world in 2012. Fong dropped out of junior high school at age 12 to attend Dalhousie University, then dropped out of Princeton University’s Plasma Physics Department to start LightSail Energy. The company develops a form of compressed air energy storage, called ‘regenerative air energy storage’, which may be the missing link in the plan to make the world’s electrical grid green.