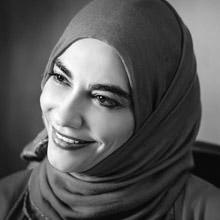 One of the first female members of Saudi Arabia’s Consultative Assembly, Hayat Sindi is founder and CEO of i2, Institute for Imagination, an NGO creating an ecosystem of entrepreneurship and social innovation for scientists, technologists and engineers. She co-founded Diagnostics For All, which offers cost-effective point-of-care diagnostic tools. The first woman from the Persian Gulf’s Arabian States to complete a PhD in biotechnology, she is a member of the UN Secretary-General's Scientific Advisory Board and a UNESCO Goodwill Ambassador for science education in the Middle East, especially for girls.