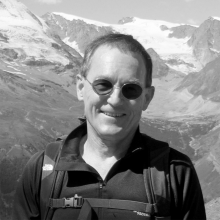 Jasper Kirkby, particle physicist, is the head of CERN’s CLOUD experiment which investigates possible physical mechanisms for solar or cosmic ray forcing by simulating the conditions under which clouds form in the earth’s atmosphere. He completed his degrees at Oxford and London, spent a dozen years in Stanford University before joining CERN in 1984. He conceived of the idea for the Tau-Charm Factory, which lead to the building of the Beijing Electron-Positron Collider II. Kirkby has built detectors, carried out experiments and lead large teams at particle accelerators in the US and Europe.