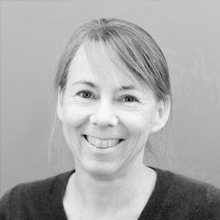 Kate Stafford suspects that the ocean’s babble holds many secrets about the globally changing environment. As an oceanographer at the University of Washington, she is recording the impact of the melting polar icecap by listening to the water that lies underneath. “Depending on the time of year, the seawater under the ice can be an acoustic cacophony of ice and animal noises,” Stafford said. “At other times, the underwater Arctic has some of the lowest ambient noise levels in the ocean.” With these underwater soundscapes, Stafford is able to extract the shifting migration patterns of whales, the invasion of non-native wildlife, and the hum and chug of new human activity in a once pristine and impenetrable territory. Kate has a PhD in Interdisciplinary Oceonography from Oregon State University