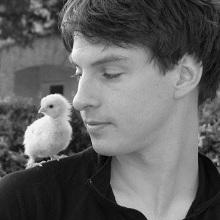 In 2012, Topher White founded Rainforest Connection, a start-up which converts recycled cell-phones into solar-powered listening devices to monitor and protect remote forests in real-time. Now an established NGO, Rainforest Connection has helped stop illegal logging and poaching operations in Sumatra. The system is being expanded to three more rainforest reserves in Indonesia, the Amazon and Africa. White holds a BA in Physics and has worked as web chief of ITER and was co-founder of Enthuse, which built a first-of-its-kind sports engagement and mobile rewards platform.