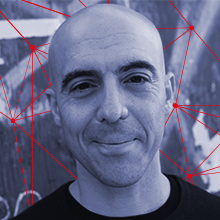 With “fake news” being chosen as the 2017 word of the year by the Collins dictionary, the phenomenon is one that spreads beyond conventional media into the realms of social media, politics, business and technology. Sinan Aral specialises in the social, economic and health impacts of social media on society.

As a scientist, entrepreneur and investor with a PhD in IT economics, applied econometrics and statistics, Sinan Aral has developed a specialty that regroups all his interests. He has run some of the largest randomized experiments in digital social networks like Facebook and Twitter to measure the impact of persuasive messages and peer influence on our economy, our society and our public health. Having conducted the most extensive longitudinal study of false news spread on Twitter, which was published on the cover of Science this March, Aral has unparallelled insight into the ways social media can be used to spread news, both true and false, for financial or political gain for example. While today’s political climate has made fake news a case of right or left, Aral reminds us that in cases of natural disasters or public danger, the consequences of false information spreading are potentially much more serious.

As well as teaching at MIT as a Professor of IT & Marketing, Professor in the Institute for Data, Systems and Society, Aral is currently a founding partner at Manifest Capital and on the Advisory Boards of the Alan Turing Institute, the British National Institute for Data Science, in London and C6 Bank, the first all-digital bank of Brazil, in Sao Paulo. His work has also led him to work with many big IT (Facebook, Twitter, WeChat, Yahoo, AirBnB) companies on realizing business value from big data analytics, social media and IT investments.